TRAVEL TO MOROCCO AND DISCOVER THE FINISH OF YOUR CROSSING 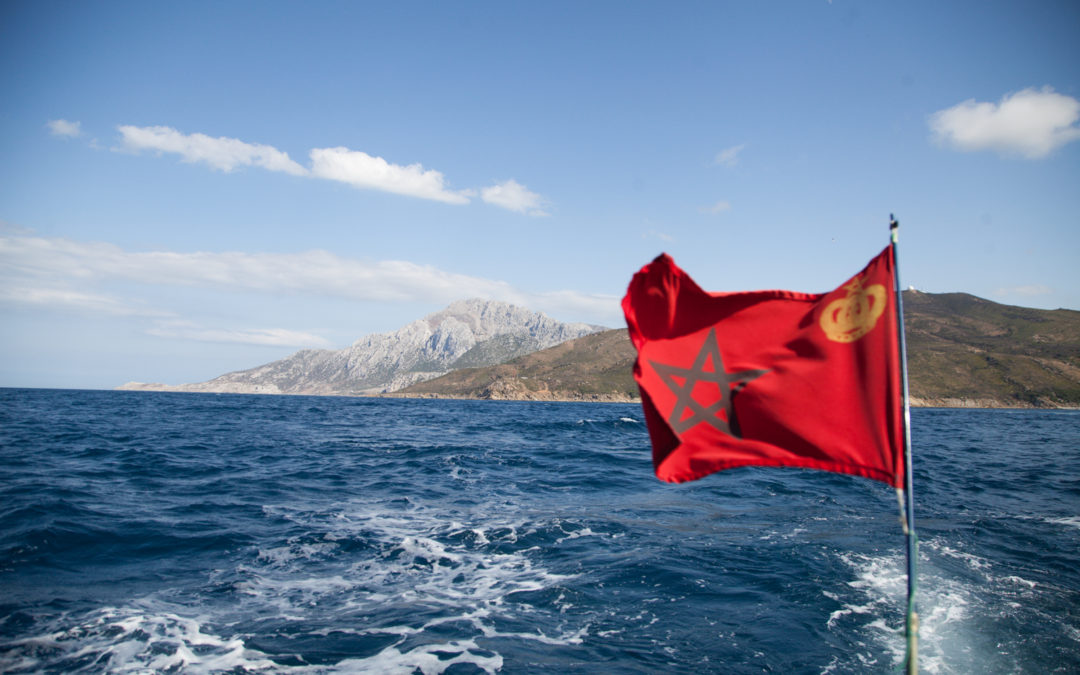 If you are interested in trave-l to Morocco and discovering the goal of your crossing, you can’t miss this post. All swimmers who come to cross the Straist of Gibraltar dream of touching Moroccan land, many of them have never traveled to this country, and they know little about this country and its culture. At ACNEG we find it interesting to contribute to make our neighboring country known, since it is the other important part of this crossing (Visit our guide on “10 things to do in fare before and after your crossing”). For this we recommend you travel to Morocco, just a few minutes from Tarifa, visit its beautiful northern towns, taste its rich gastronomy and experience its customs first-hand. We assure you that it will not leave you indifferent. 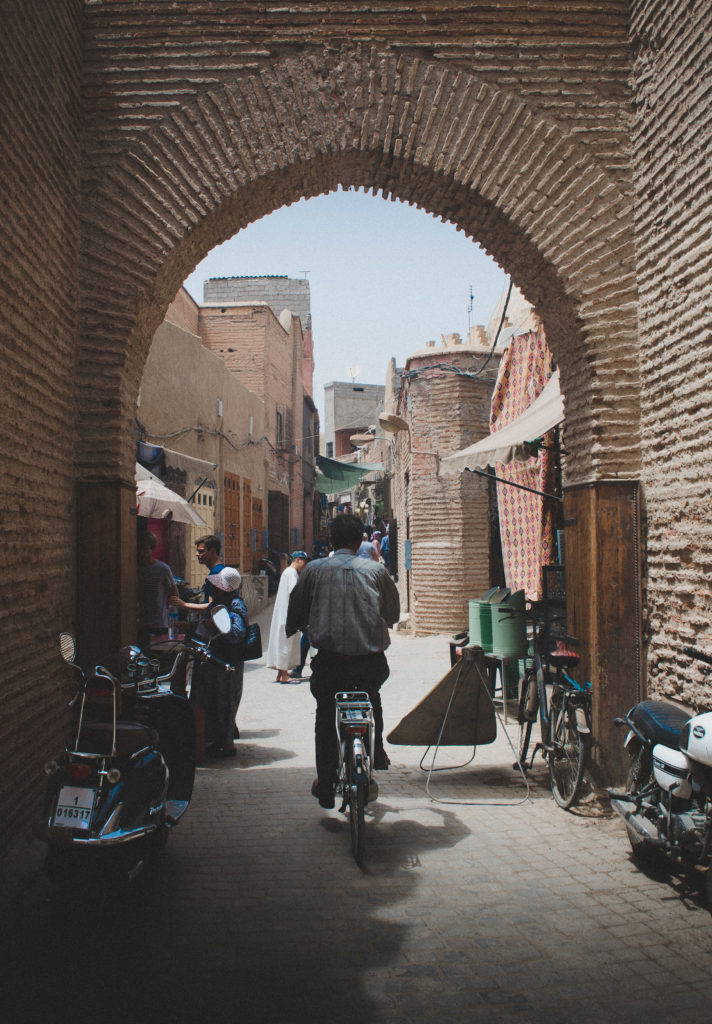 WHAT TOWNS TO VISIT IF YOU TRAVEL TO MOROCCO?

To travel to Morocco it’s important that you have planned in advance and according to the days you are going to spend in this beautiful country, the towns you want to visit, the monuments or emblematic places you want to see and the activities you would like to do. There are companies that are dedicated to this, that can provide you with specific routes according to your needs, and that also organize group excursions with expert guides in this area. We recommend you check the weather before your trip, since, when doing it by boat, with strong winds they are usually canceled.

Moroccan food is one of the wonders of the country that most represents its culture, therefore, it’s something essential that you have to discover if you are going to travel to Morocco. Ingredients from various cultures that have influenced it throughout history (Berber, Arab and Mediterranean). Rich in spices, legumes and vegetables. It is important to note that pork in their culture is strictly prohibited (Jalufo).

On your trip to Morocco we recommend that you try the traditional main dishes:

A healthy and tasty meal that will not leave you indifferent. In this post we recommend places to eat traditional food in the different towns of northern Morocco.

Before traveling to Morocco you should know that it is a country with a varied and rich artisan tradition, and it is worth strolling through the souks of its towns and cities to see these handmade wonders. The most representative are: pottery (clay and ceramics), carpet weaving, embroidery on fabrics such as silk or linen, leather, basketwork and gold, beach and precious stone jewelry. So don’t hesitate to get some of these handcrafted pieces that are part of the most remote history of Morocco.

The currency in Morocco is the Moroccan dirham. You can change the currency at the port or at exchange centers that adjust to the value of the currency on that day. Approximately it must be taken into account that the change of 1 Moroccan dirham 0.094 euros, to make it easier to calculate 10 dirhams is close to 1 euro.

These are the 7 northern towns that you should discover if you are going to travel to Morocco:

It is the city located in the northernmost tip of Morocco, and without a doubt the most popular and visited among tourists in the area. Like Tarifa, it’s located between the Mediterranean Sea and the Atlantic Ocean, so we can say that they are sister cities on different continents. 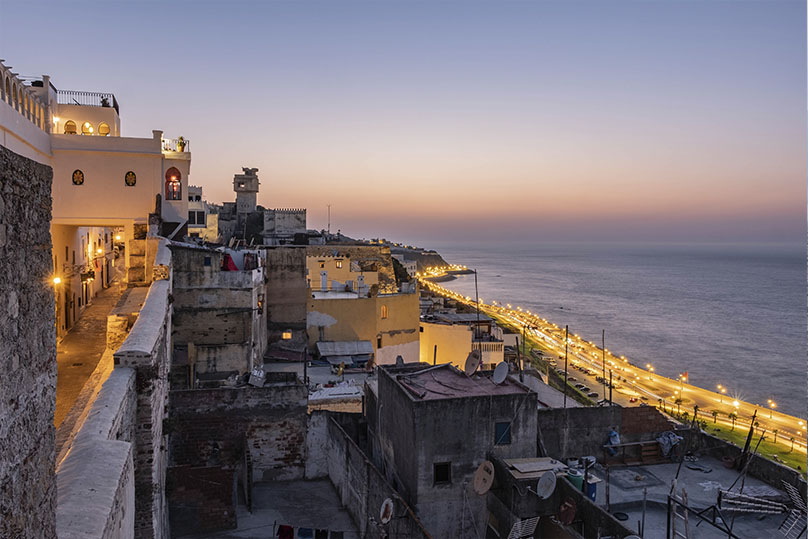 What to see in Tangier?

La Medina: It is the old part of the city, full of narrow streets with bazaars. Here you can visit:

Where to eat in Tangier?

What to do in Tangier?

About 40 km from Tangier is Asilah, a small fishing village located on the Atlantic coast. Whose walled center is characterized by its narrow streets and houses whitewashed and touches of blue, the decoration and paintings on its facades are unique. 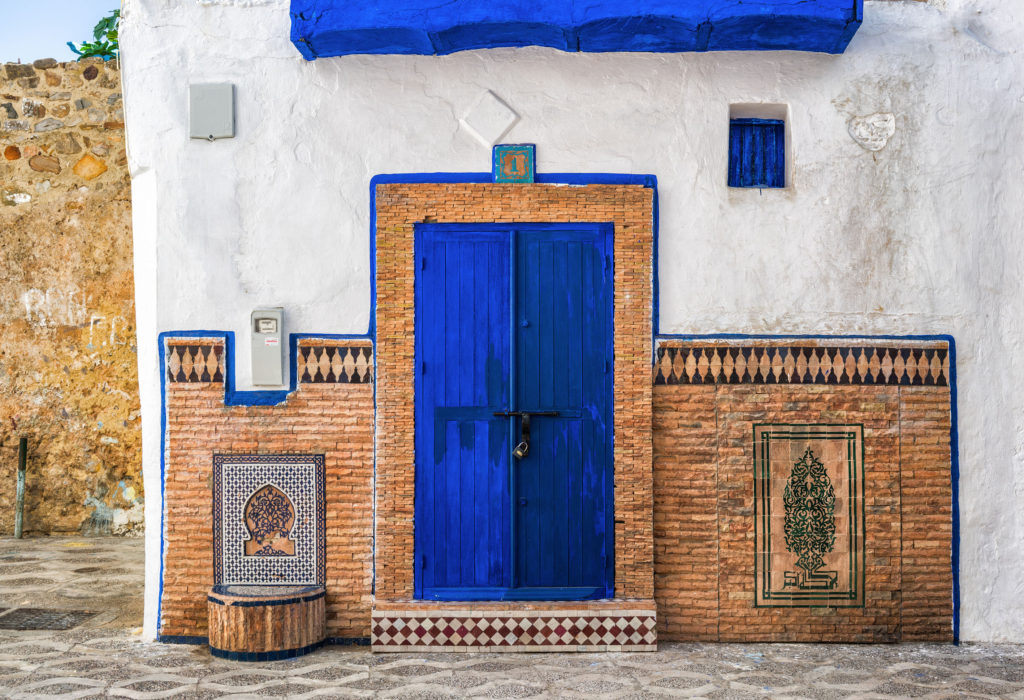 What to see in Asilah?

Medinas (with Spanish influence and residential):

Where to eat in Asilah?

What to do in Asilah?

Dromedary walks (near the port of Asilah).

In this case, Tetouan is located near the Mediterranean Sea, near Tangier and Ceuta. Andalusian city with a long history linked to Spain, declared a World Heritage Site.

What to see in Tetouan?

Spanish Expansion: Expansion made by the Spanish of the old town of Tetuán.

Houses of the Arab aristocrats.

Feddan Park: Plaza of Andalusian architecture with views of the white medina.

Where to eat in Tetouan?

What to do in Tetouan?

Founded by the Berbers and located in a mountainous environment in northern Morocco. It has now become an emblematic tourist destination. It is known as the “blue town” because of the blue color of the facades in its medina. 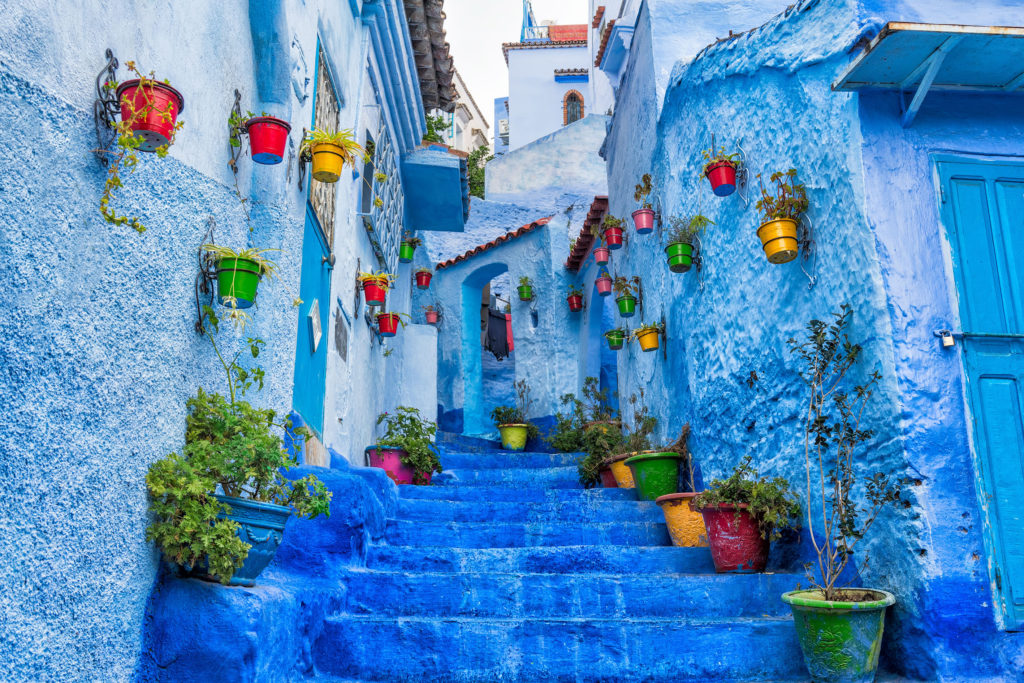 What to see in Chefchaouen?

Where to eat in Chefchaouen?

What to do in Chefchaouen?

City often compared to Jerusalem for its abundant walls steeped in history of Muslim culture. Cultural and religious center. It is one of the imperial cities of Morocco. 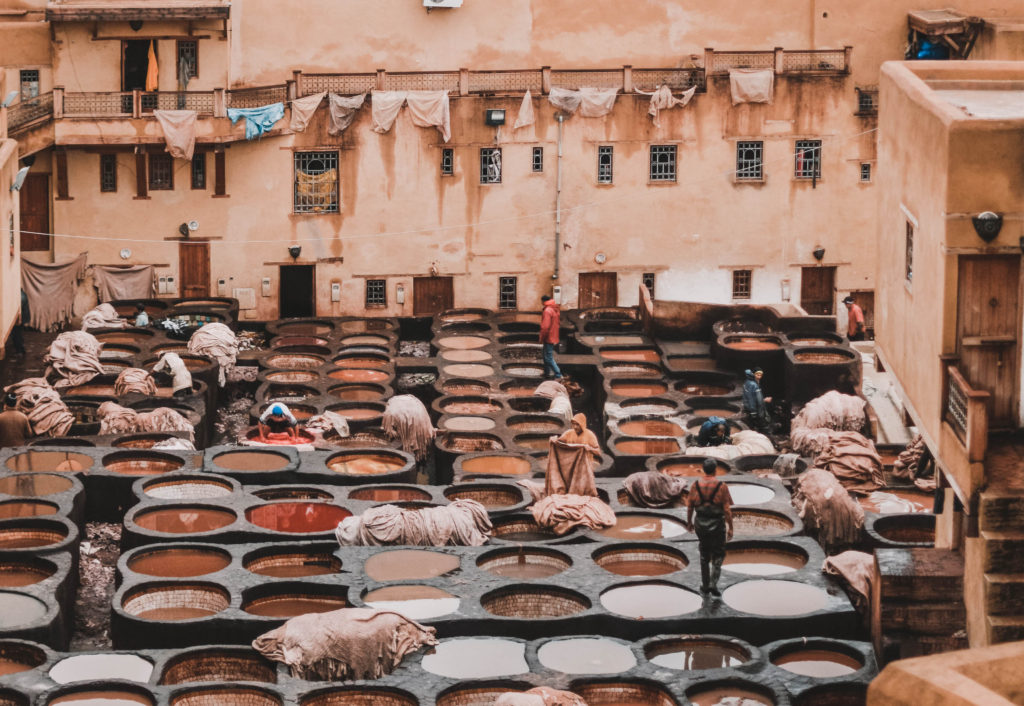 What to see in Fez?

Fez el-Bali: The oldest part of the city, a UNESCO World Heritage Site.

Where to eat in Fez?

What to do in Fez?

Another of the Islamic imperial cities along with Fez, Rabat and Meknes. It’s one of the most important cultural centers in Morocco and one of the favorite destinations of tourists from all over the world. Famous for its markets and festivals. 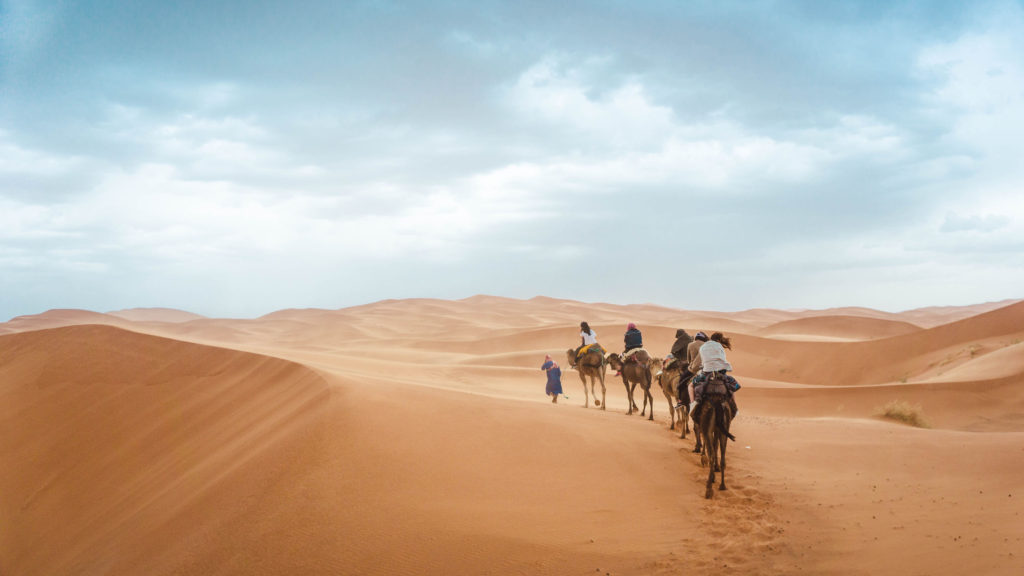 What to see in Marrakech?

Where to eat in Marrakech?

What to do in Marrakech?

Capital of the Kingdom of Morocco, located on the Atlantic coast and imperial city. Known as the City of Gardens. 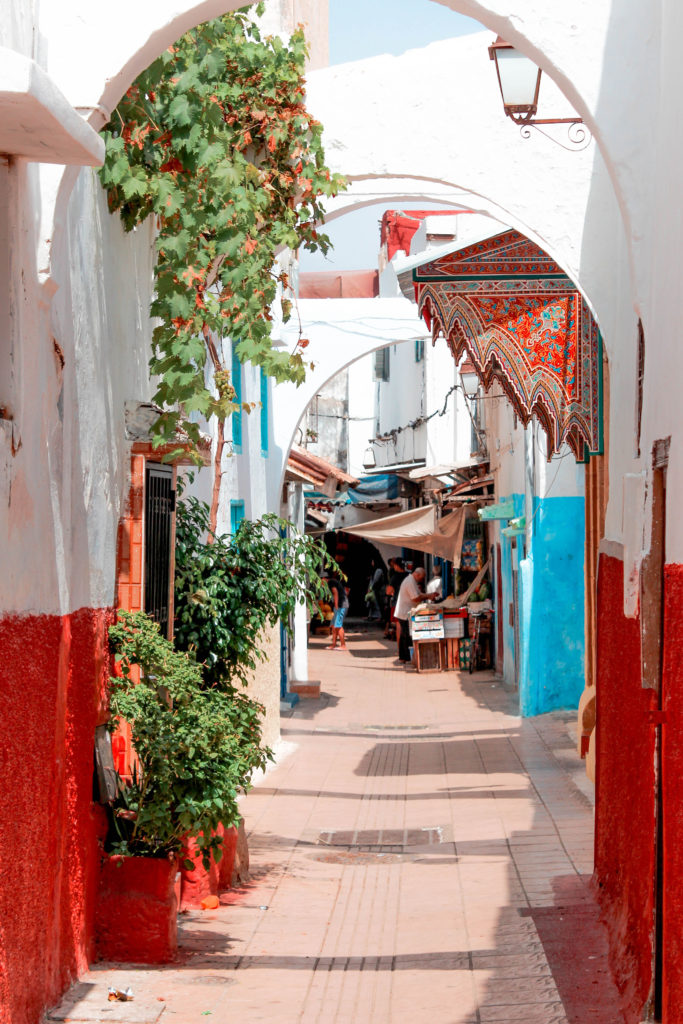 What to see in Rabat?

Where to eat in Rabat?

What to do in Rabat?

Morocco … The dream destination of your swimming crossing in Straits of Gibraltar. 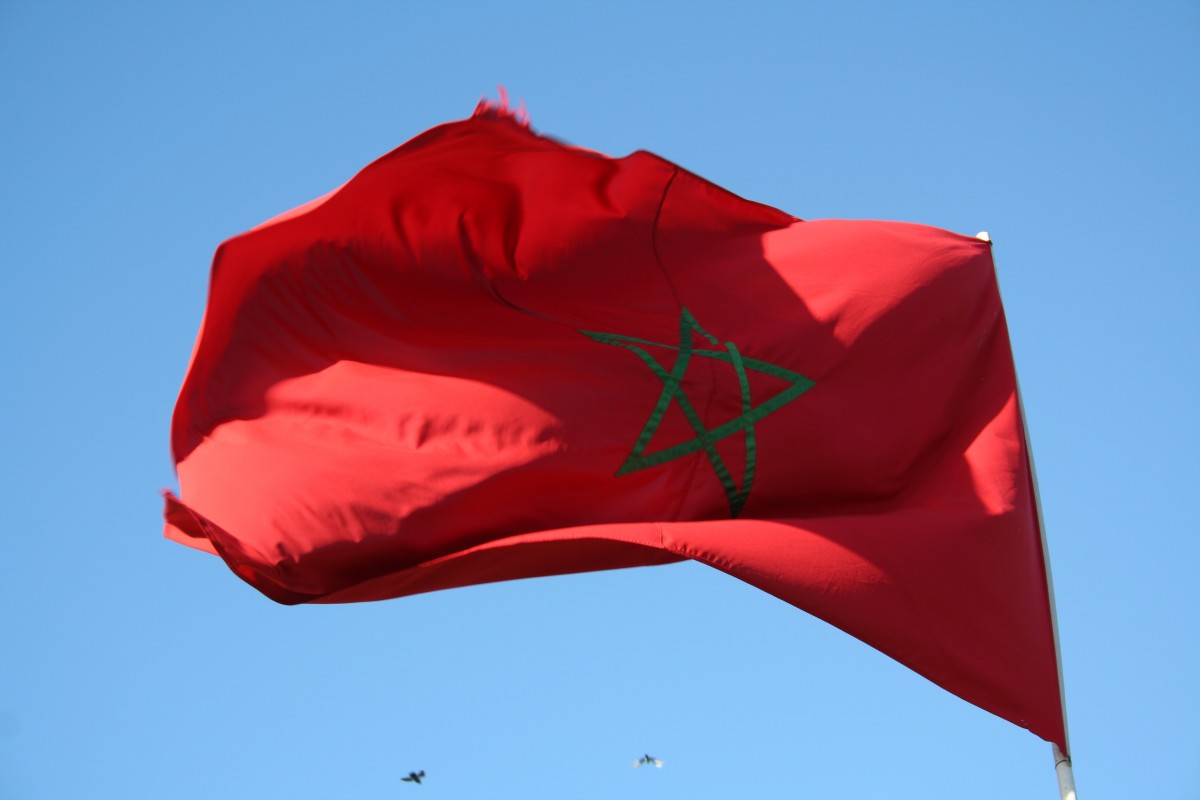 These are the 7 towns that we recommend you discover if you plan to travel to Morocco, chosen for their long and fascinating history that is reflected in each of its streets and impressive monuments. Medinas full of bazaars where you can buy handicrafts, coffee shops where you can taste a fabulous Moorish tea, hammans where you can relax with an exfoliating bath, adventures in the sea and mountains, … If you travel to Morocco and do not know where to go, consult this little guide that we have prepared for you.